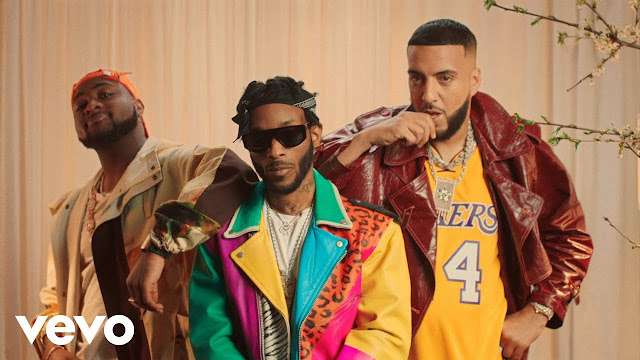 International singer, Angel joins forces with Davido and French Montana for his smashing record titled “Blessings Remix".
Sirach Charles, known by Angel, is an English singer-songwriter, rapper and record producer from West London, England.
He teamed up with Nigeria pop star, Davido and Moroccan-American rapper – French Montana for the Remix of his latest single “Blessings”. Video Directed by DAPS